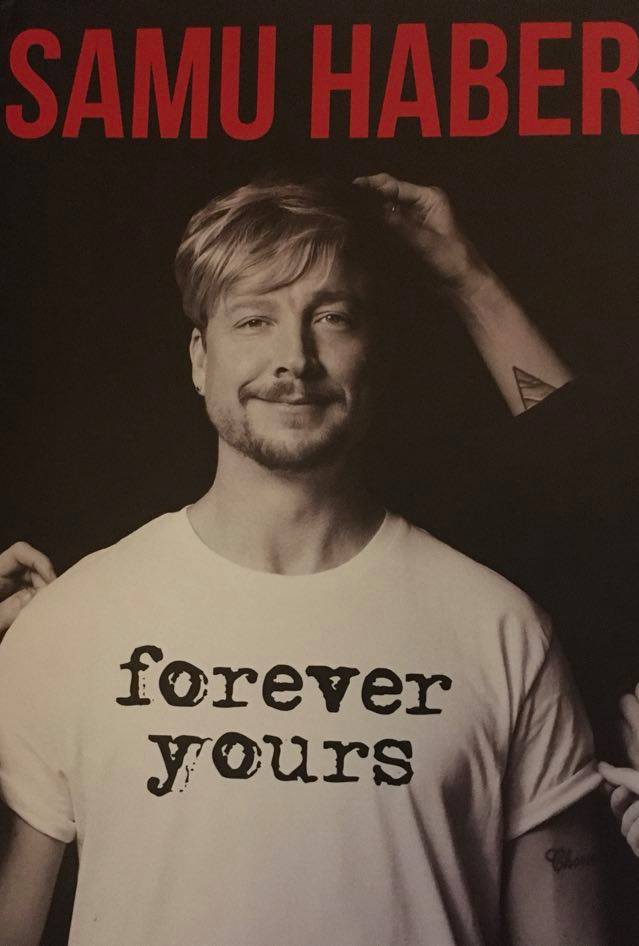 I took part in the reading challenge #foreveryours. Reading a tiny part from the autobiography of Samu Haber „Forever yours“.

In some way it was not that easy, I had to take a video.
So this was more than a double trouble challenge! I hate my pictures taken and a video is even more scary. Needed help from the son, also not easy.

But lets start from the beginning.

Actually it began in December 2013. Somebody showed me the latest album of the finish band Sunrise Avenue „Unholy ground“, and I was fallen! Not sure what it really was, but it went deep down inside me.
That voice, that music, the lyrics – the song „Lifesaver“ is since then my hymn and wakes me up every morning.
After getting to know the band a wonderful cycle of many many concerts started. First one in Berlin on 17.2.2014. After that concerts in Munich, Loreley, Berlin and in Helsinki. I like the later ones the best! And most of the concerts I attened had been in Helsinki. Tavastia klubi,Telia Areena, Jäähalli.

There is a kind of chain of events:

I was introduced to the band, I went to my first concert, I decided to go to Helsinki on vacation, I started this blog, I booked a flight, I fell in love with Helsinki, totally and forever, I met so many many lovely people there, some became friends, some became even more like friends, they are family now, some of these friends went to Sunrise Avenue concerts in Finland, coz I made them hot on the concerts!
I also met other people in Germany who became friends, with some I exchange now and then messages.
I also found my passion as a digital artist in Helsinki. My artistic work isn’t thinkable without the city of my heart. Taking pictures, letting my mind wandering around and ending up with dolphins in the harbor, a moose passing by the olympic tower close to Uunisaari, laying a coffee table on top of the library Oodi, having a rendevouz on Suomenlinna or meeting the mammut in metrostation Helsingin yliopisto.

And this is all because of that one man Samu Haber. He even made me to learn finish. No not really. I wanted to learn Spanish, but then Spanish got mixed up with my Latin, the tiny bits of French and Italian, and left me being confused as hell. So what to do? I decided: let it be Finnish, that was in March 2014.

You can say anything about Finnish! It is difficult – yes, it is challenging – yes, you need to sit long hours – yes, but one thing never happend! It never messed up with other languages! Kiitos suomea!

And thanks to Samu, who helped me due to his music to start my Finnish journey! And that journey is not yet over!

What makes Finnland so special for me?

Meanwhile I get the feeling, that I am babbleing again to much and that I am loosing track.

Samu wrote his book, I got it in German and in Finnish, and I swear on day I will be able to read every page in Finnish and understand!

Due to the strange pandemic situation all around the world Samu called out for a reading challenge, to create a little video and reading some lines of his book.
Should I? My friend Einsteinchen and Saara both encouraged me to do so! I got the idea to read in German and Finnish: Saara told me that it would be a fantastic idea! Hieno idea! Kiitos.

But what to read? Shortly before I figured out, what to read, Samu released his first solo-single „Enkelten Kaupunki“ – City of Angles. He meant Helsinki by that. Yes, my city of angles and my love!

In his book he said, that he wrote that song as a kaipauslaulu, a longing song. Longing for someone you love, without knowing the name of the person. To me you can also love a city or a country. The longing sometimes is deep inside, you know it is there, but you  don’t know what or who is able to satisfy this longing. To me it is Helsinki.
So it had to be this passage!

And I have to admit, I like the sounds of words. So imagine myself the interaction between Jukka Immonen and Samu, when he played his new songs to him, hillarious!

So thanks Samu for these wonderful words!

They rang more than one bell in me.

And doing the things that come right out of oneself, makes you follow your heart and your own path!

Reading is one thing, doing a video another one.

Thanks Samu again, for the rules for the video!
My cameraman was my dear son Gillian. He is a huge fan of landscape pictures. Even a long candle gets shot in landscape!
So telling him: portrait is needed! seeing his face going wild about that, watching him to start complaing about it and …… stop son, those are the rules! Great.

So we set up the studio in the cat’s room formerly known as living room! 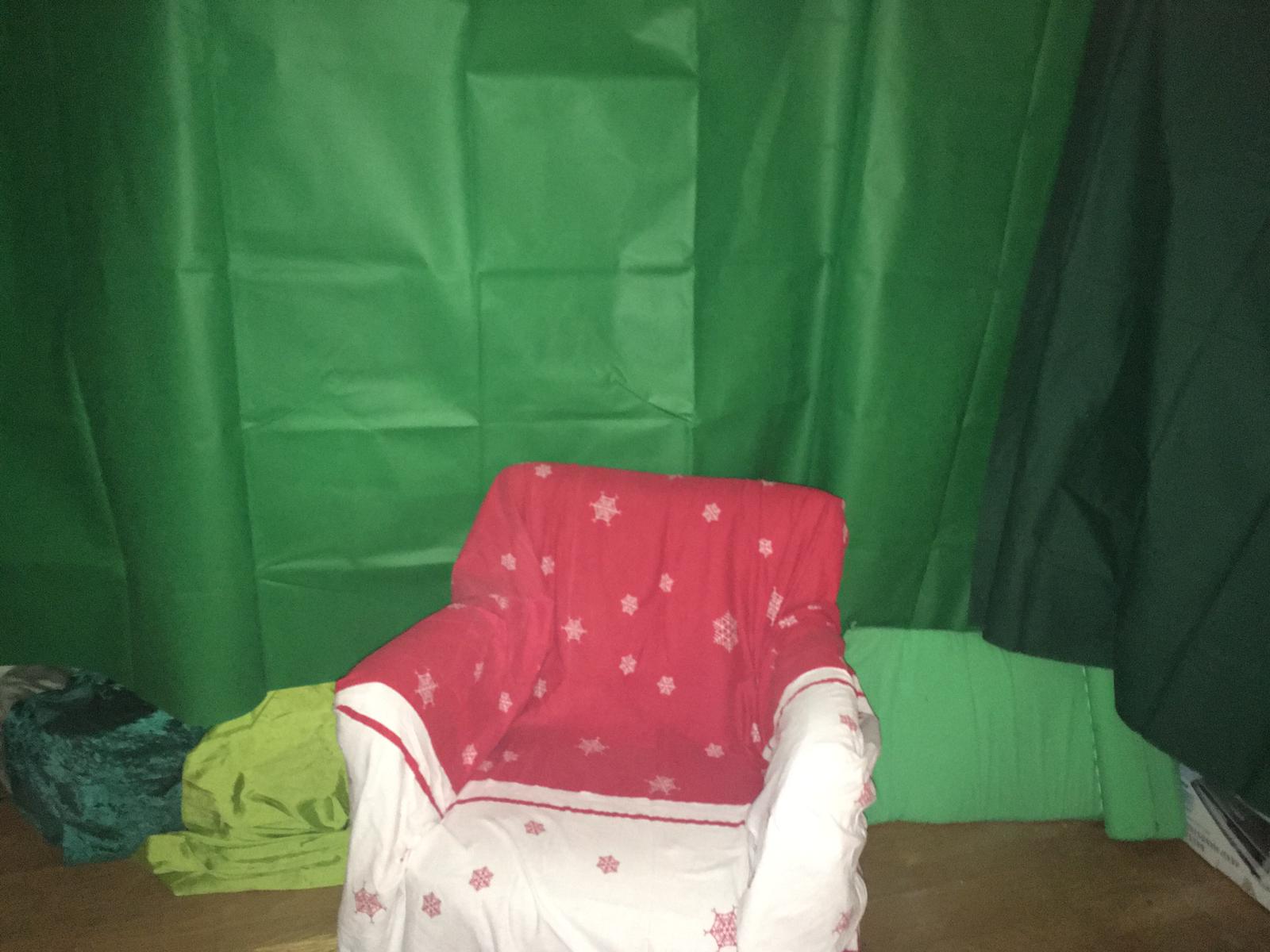 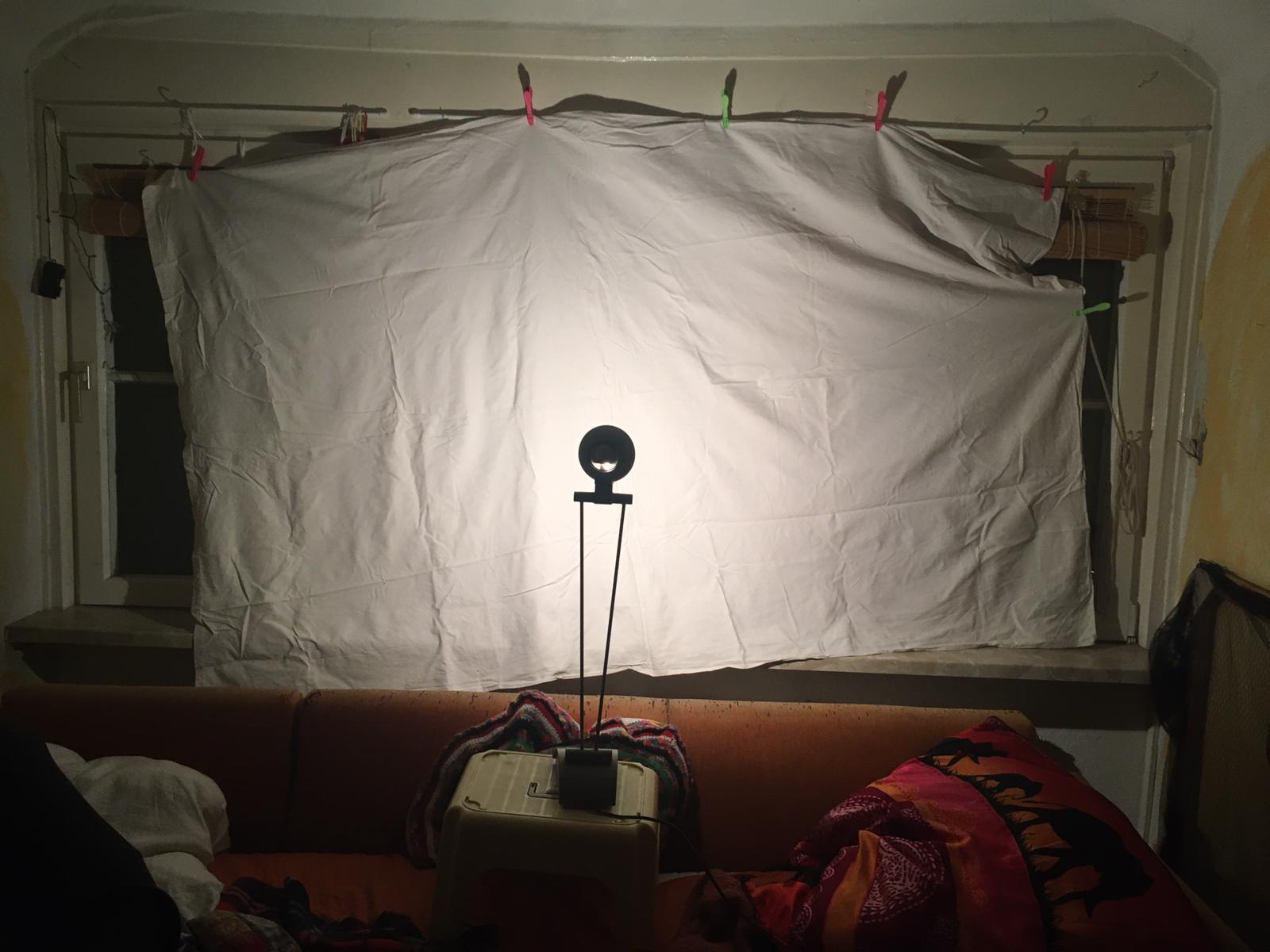 So a shelf was hidden by tons of green clothes, I was never that happy that I love sewing and collecting various fabrics!

On the other side the window was hidden by a with fabric, which was used to reflect the light!

Ceiling light – that was the point my cameraman said: enough light, I doubted it or „for what did I buy the ring light?“ (Yes for skyping with Saara! „And I need light for reading“

Ok ringlight, and that was also the „tripod“ with the bracket for his iPhone!

All set up, me nervous, the cats ready to interact.

Even I had practised my text for atleast two weeks, I stumpled now and then, so again and again. Since that day I know why movie shoting taked that long!

And as I said the cats ready to interact. Ok Sunny not that much, but our youngster Yoshi.
Here you can watch im crawling underneath the cloth of the chair. Was a strange moment for me. Sitting there, concentrating on reading, and then feeling Yoshi’s little teeth nibbling in my feet.

A friend told me about the green screen function of itunes.
Before shooting myself I had to try it.
So we set up the green cloth, let a little moose walk in front of it, and then working with the green screen function.
The youtube-videos I watched to get taught about it, had loaded the video first and then added a background, and worked hard to get the background layer underneath the video layer. I learned with my test: first the background, than the video! 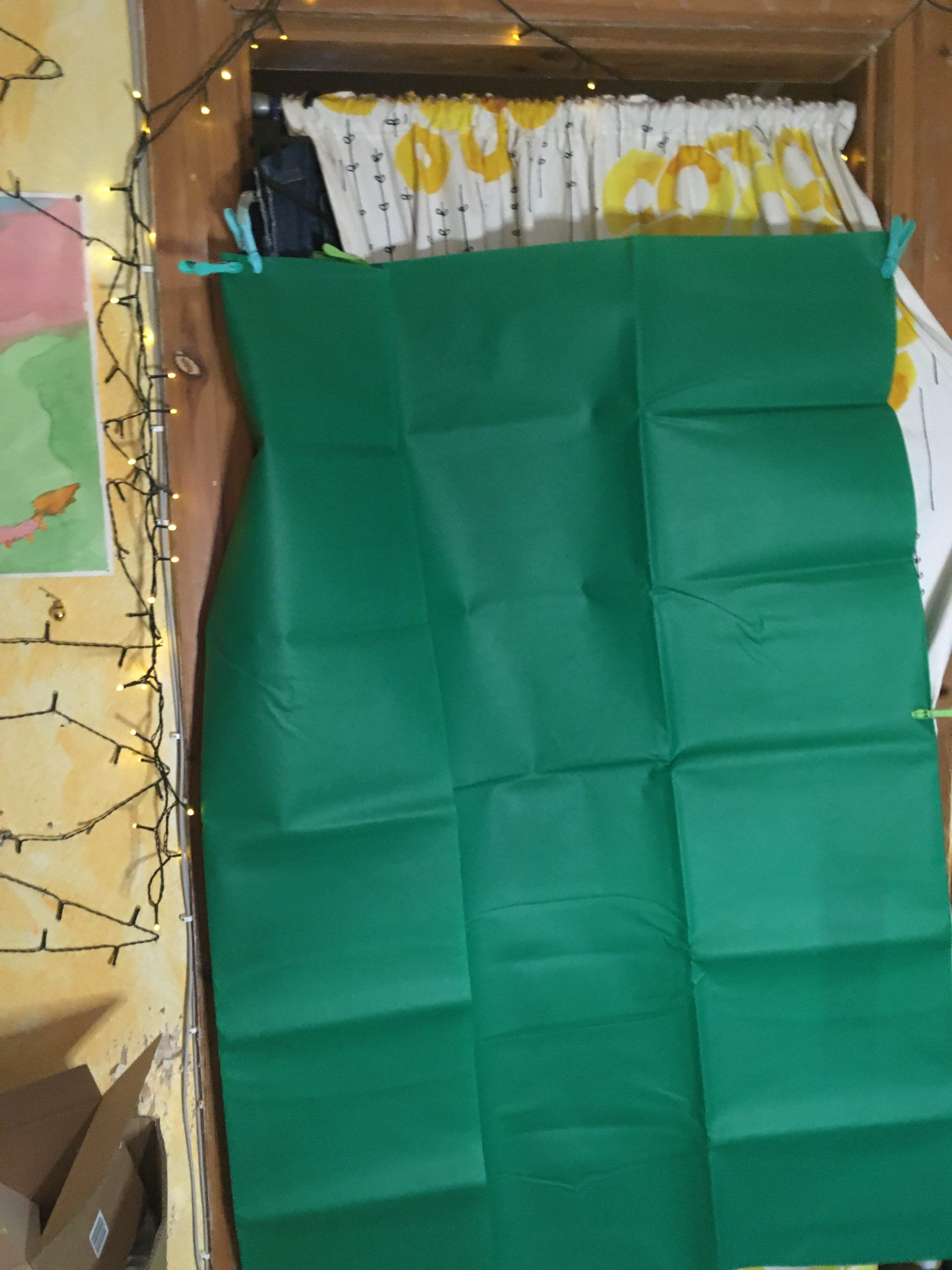 And the result after working in imovie:

Not bad for the first time.

Then the dear son and Yoshi and me filmed everything. I got the video from the son and the next challenge occured.

My sister in law said, that the pictures make her a bit dizzy, coz they are rotating to fast for her taste.
So I thought it would be a good idea, to make the same movie in landscape as well, but without blendings!

The pictures I used 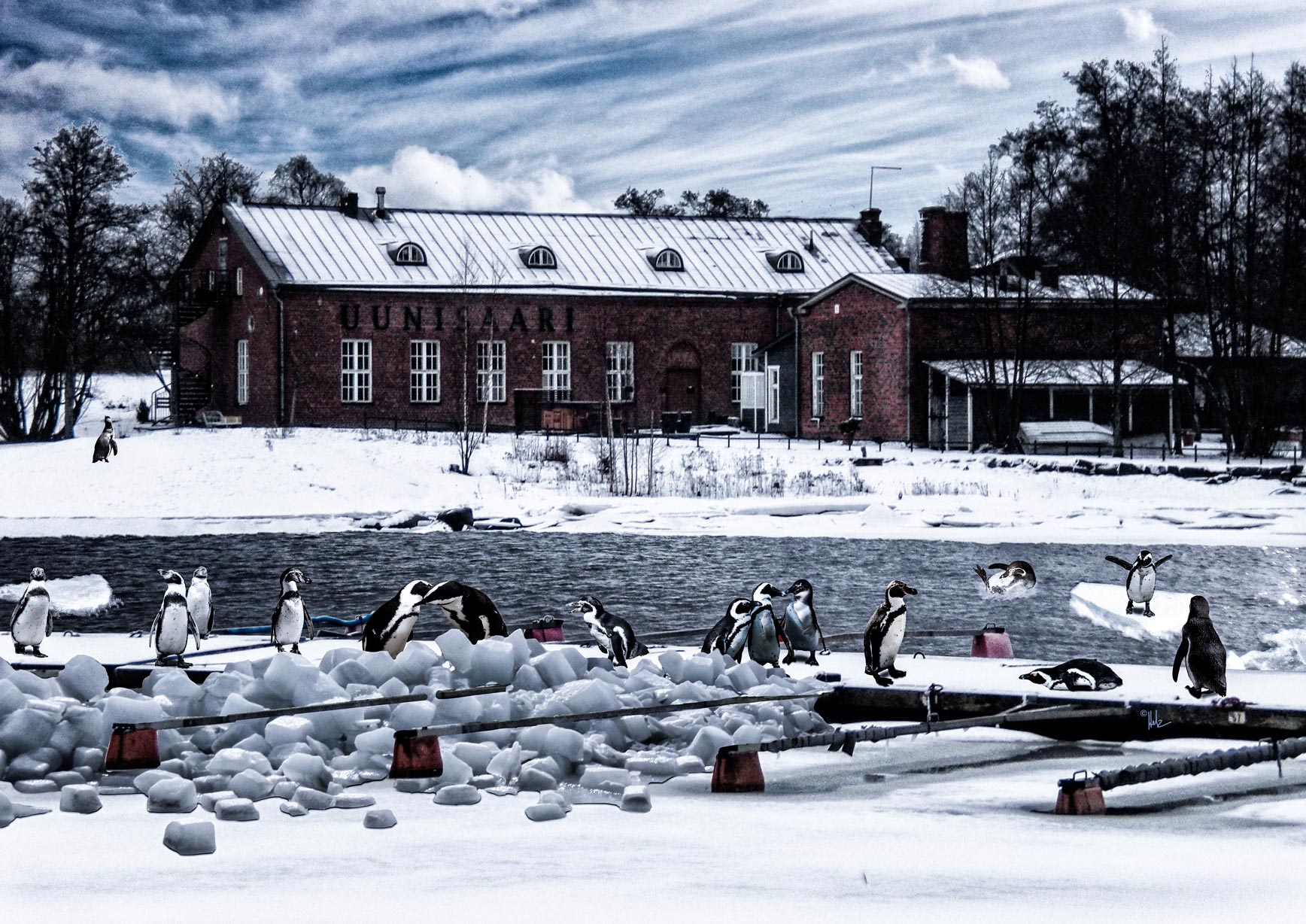 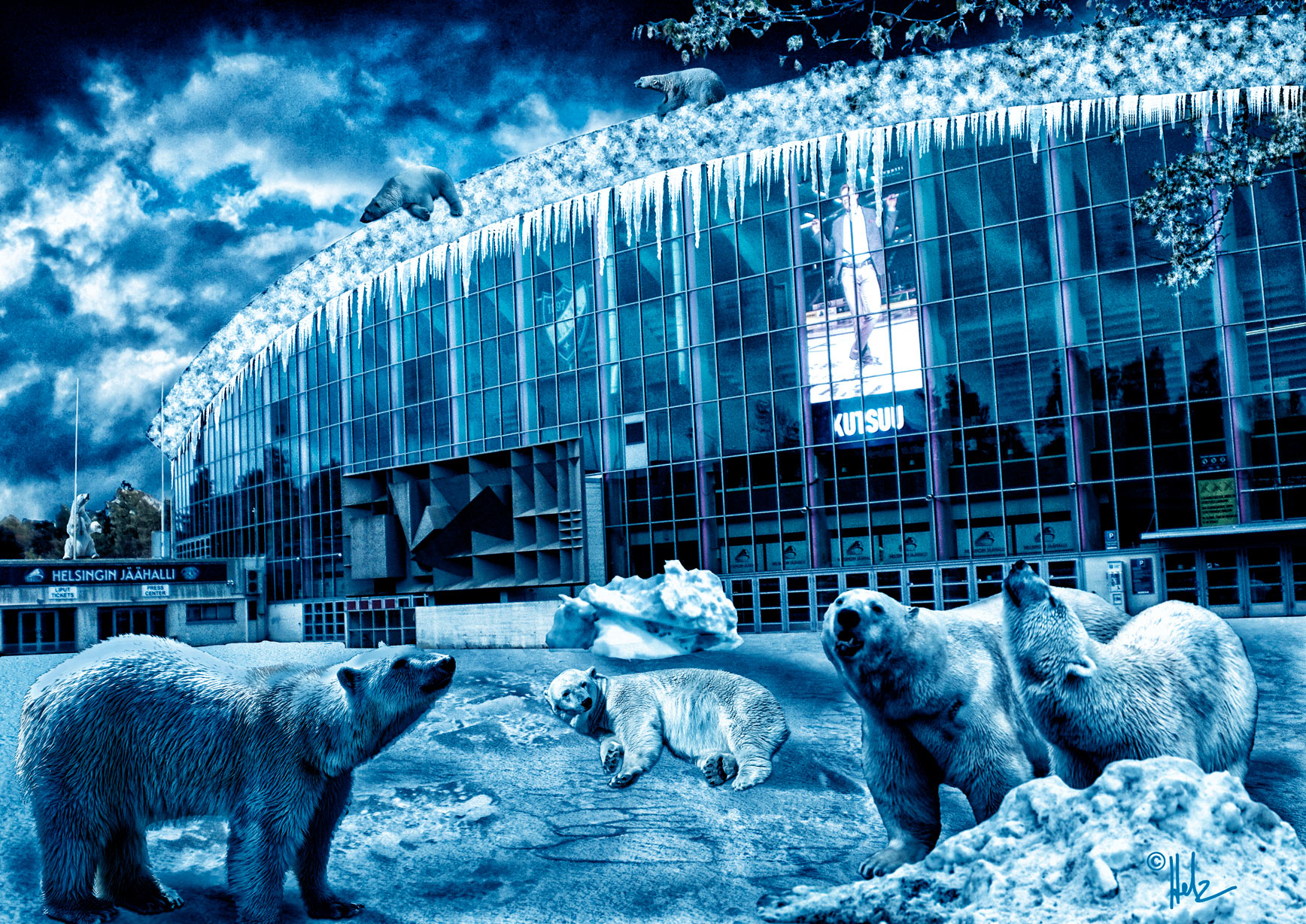 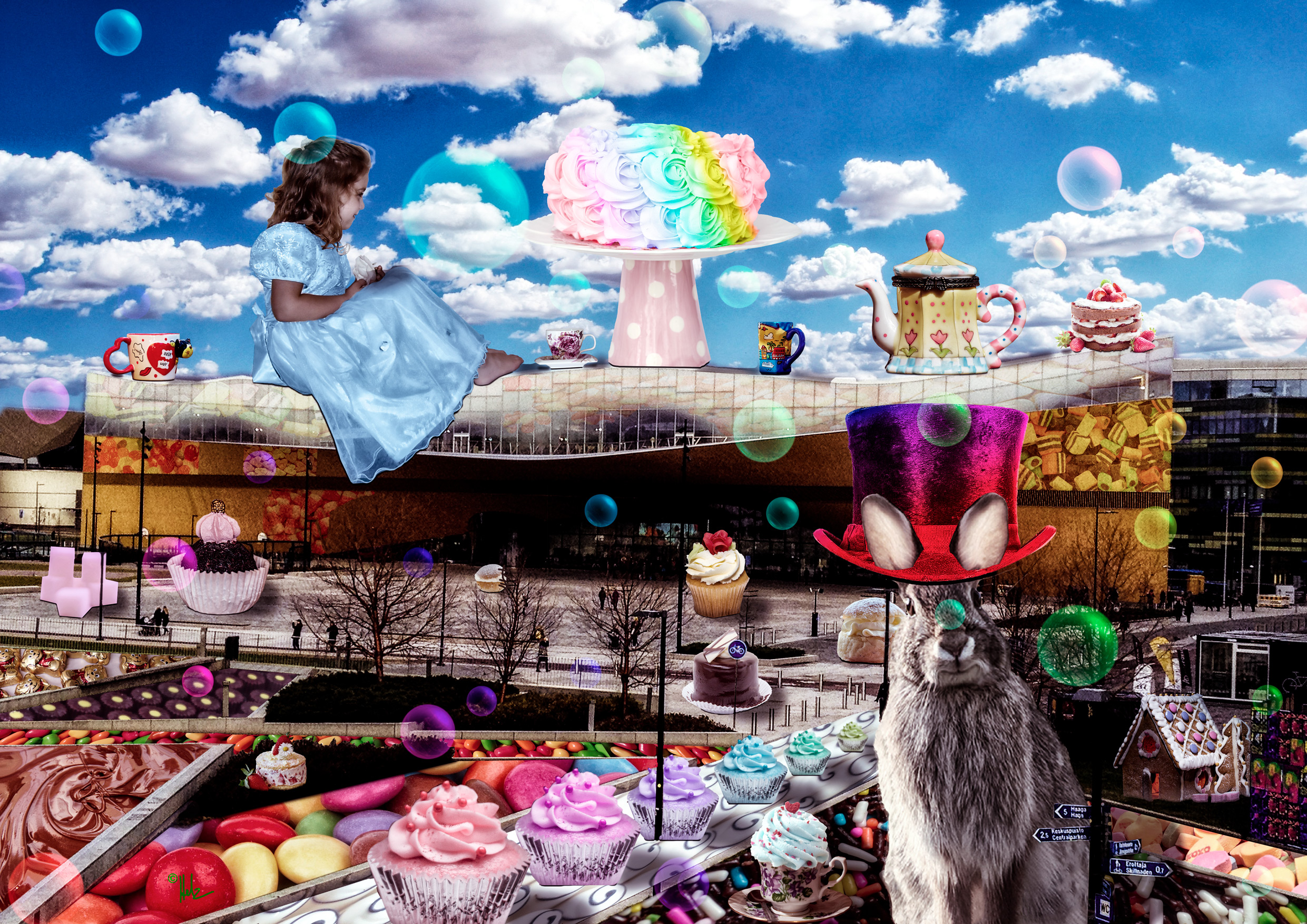 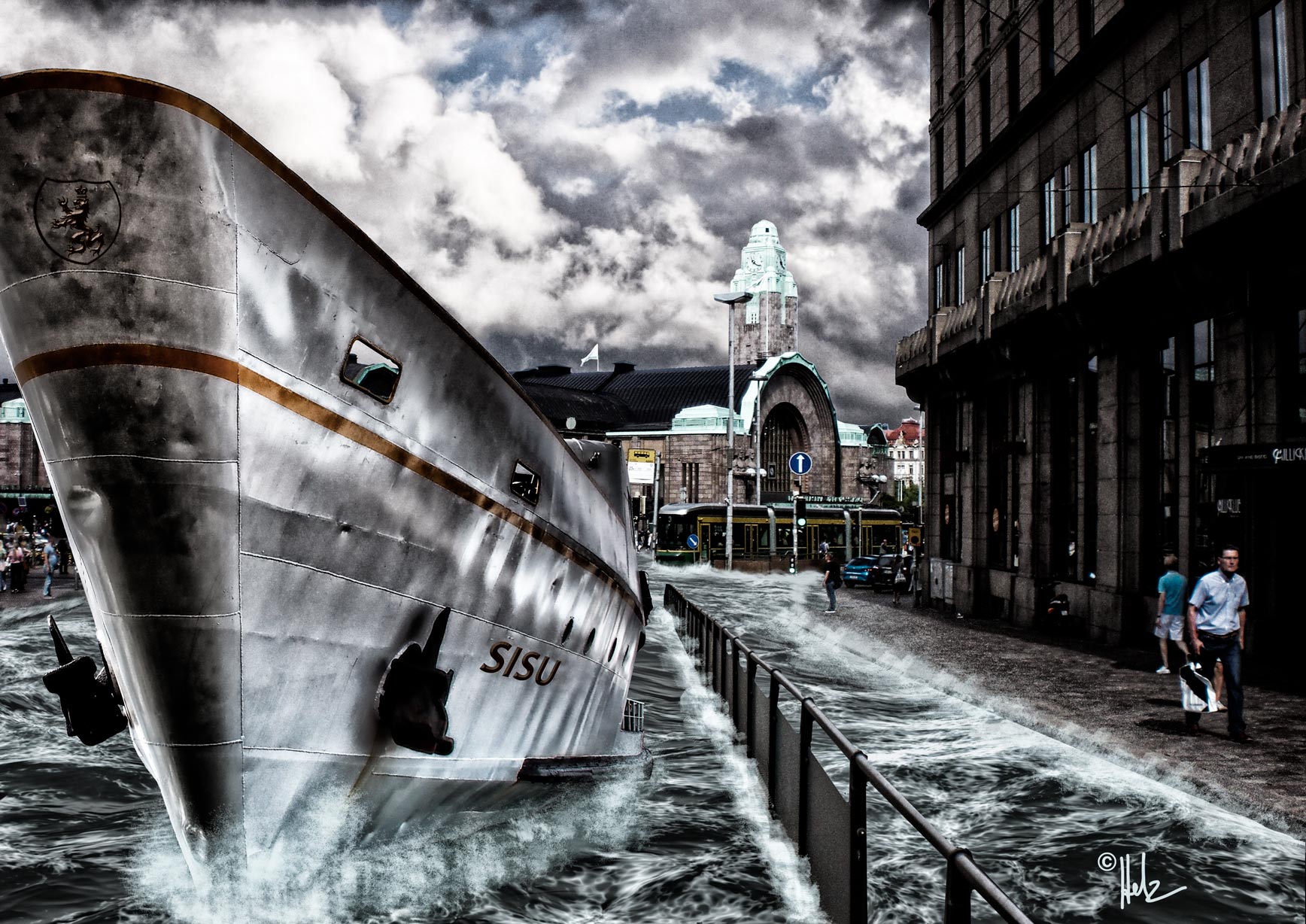 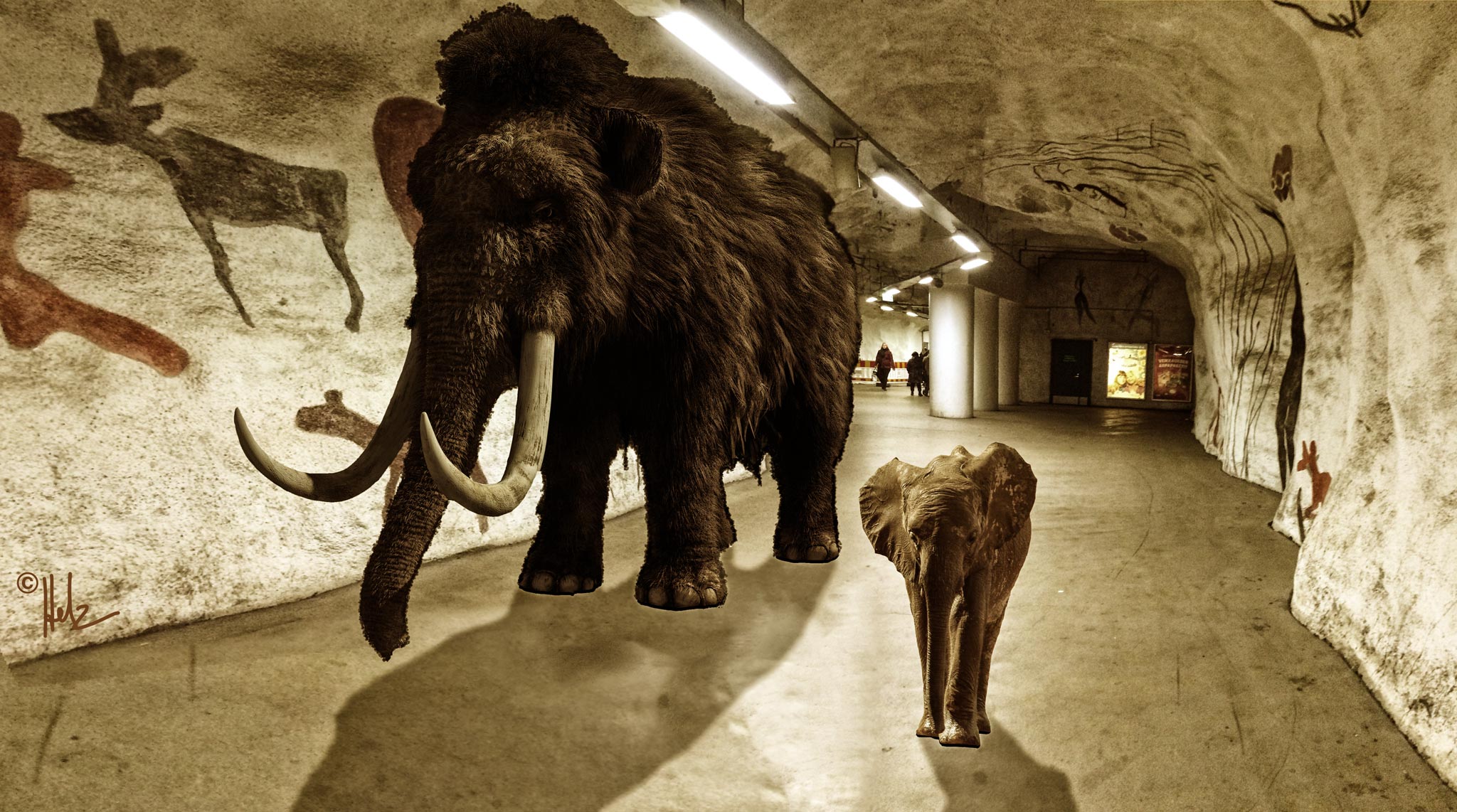 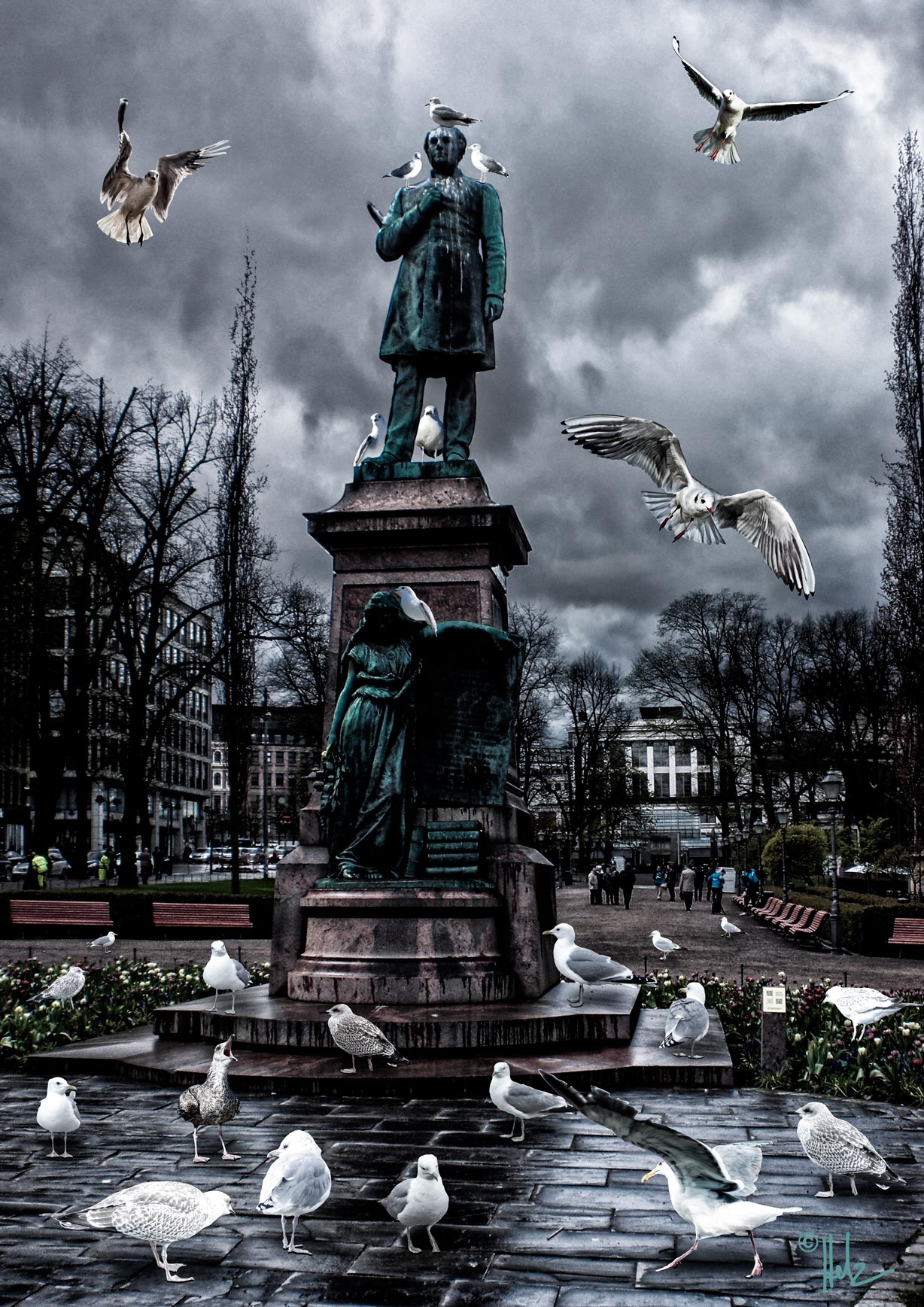 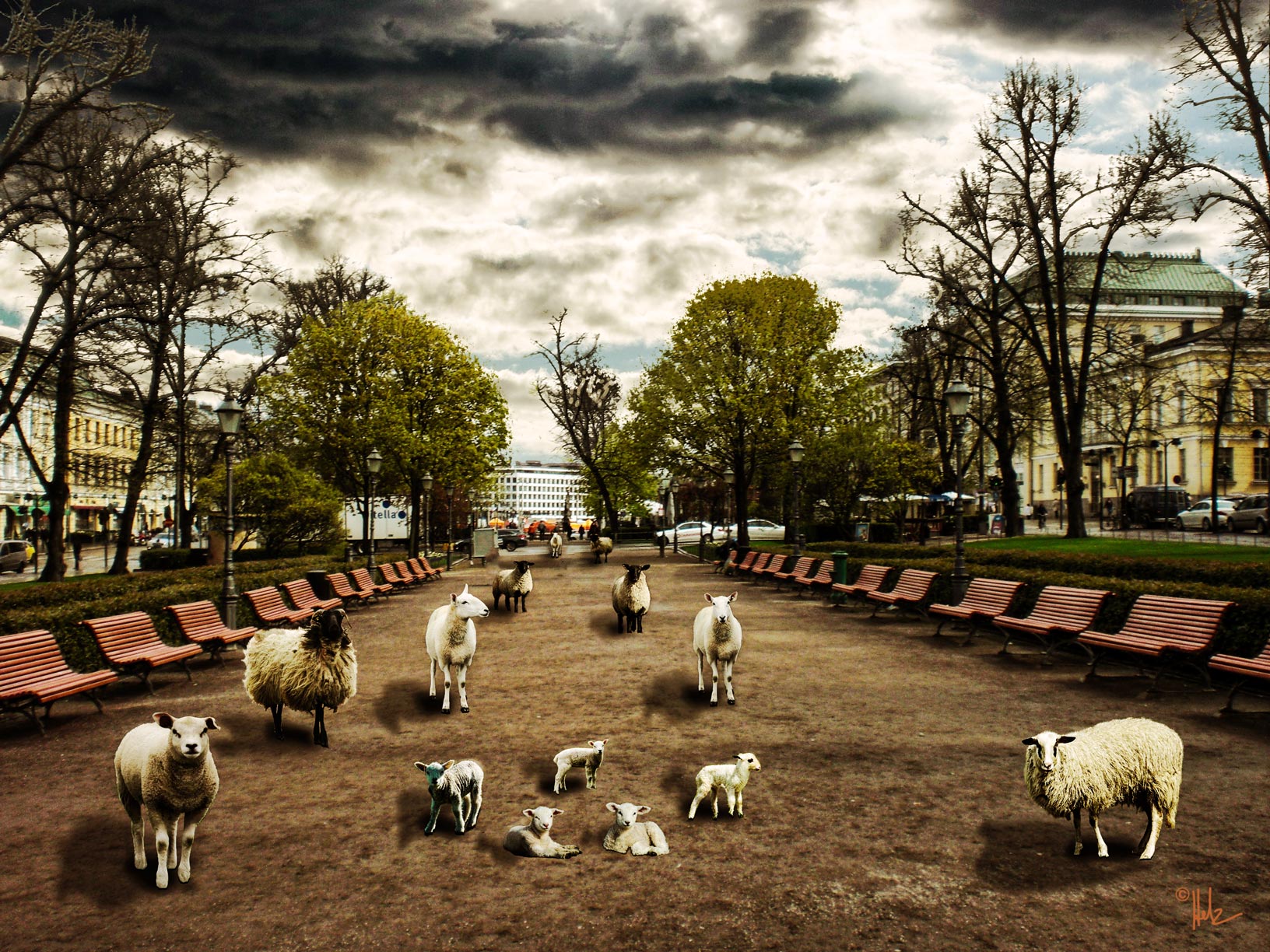 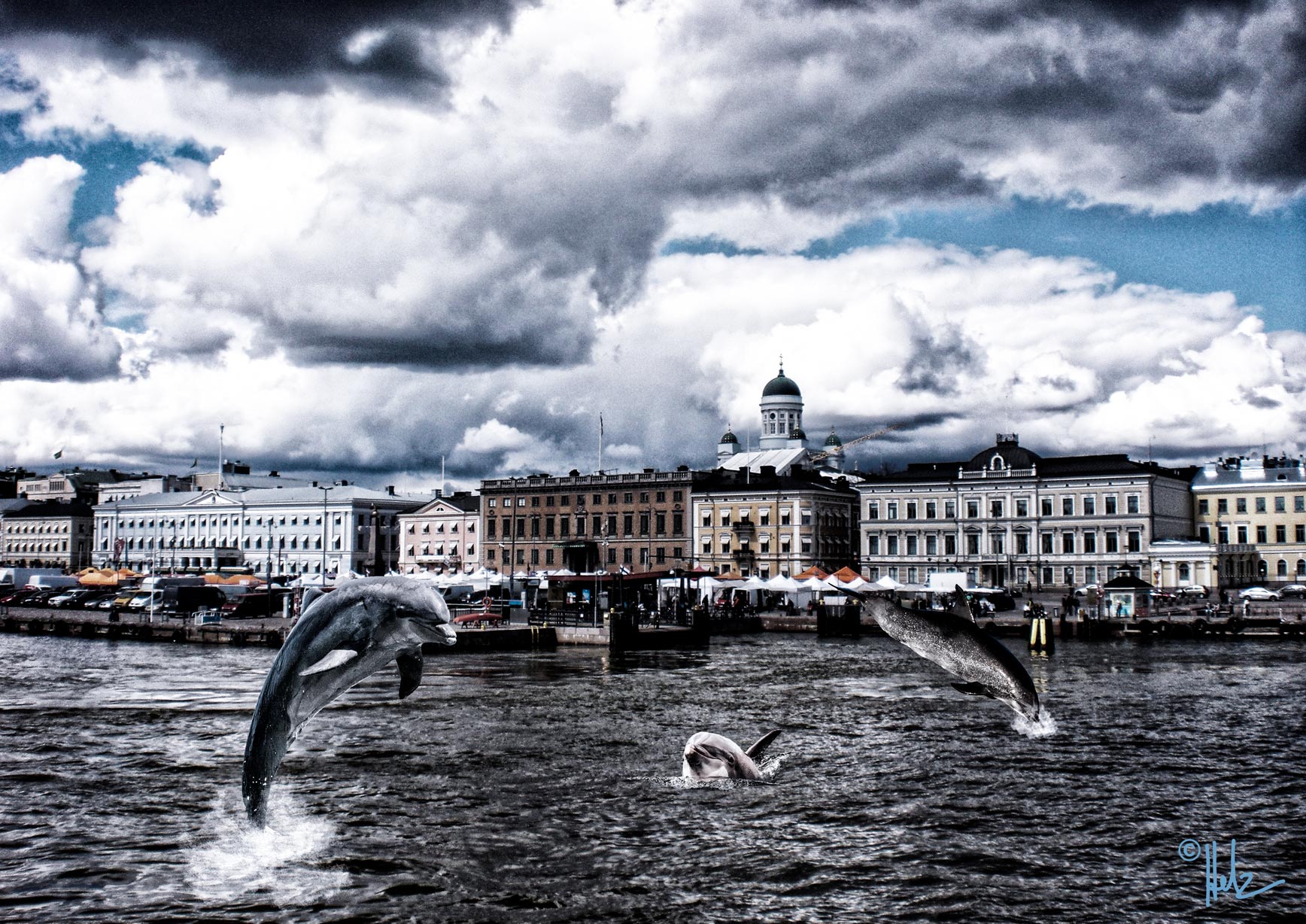 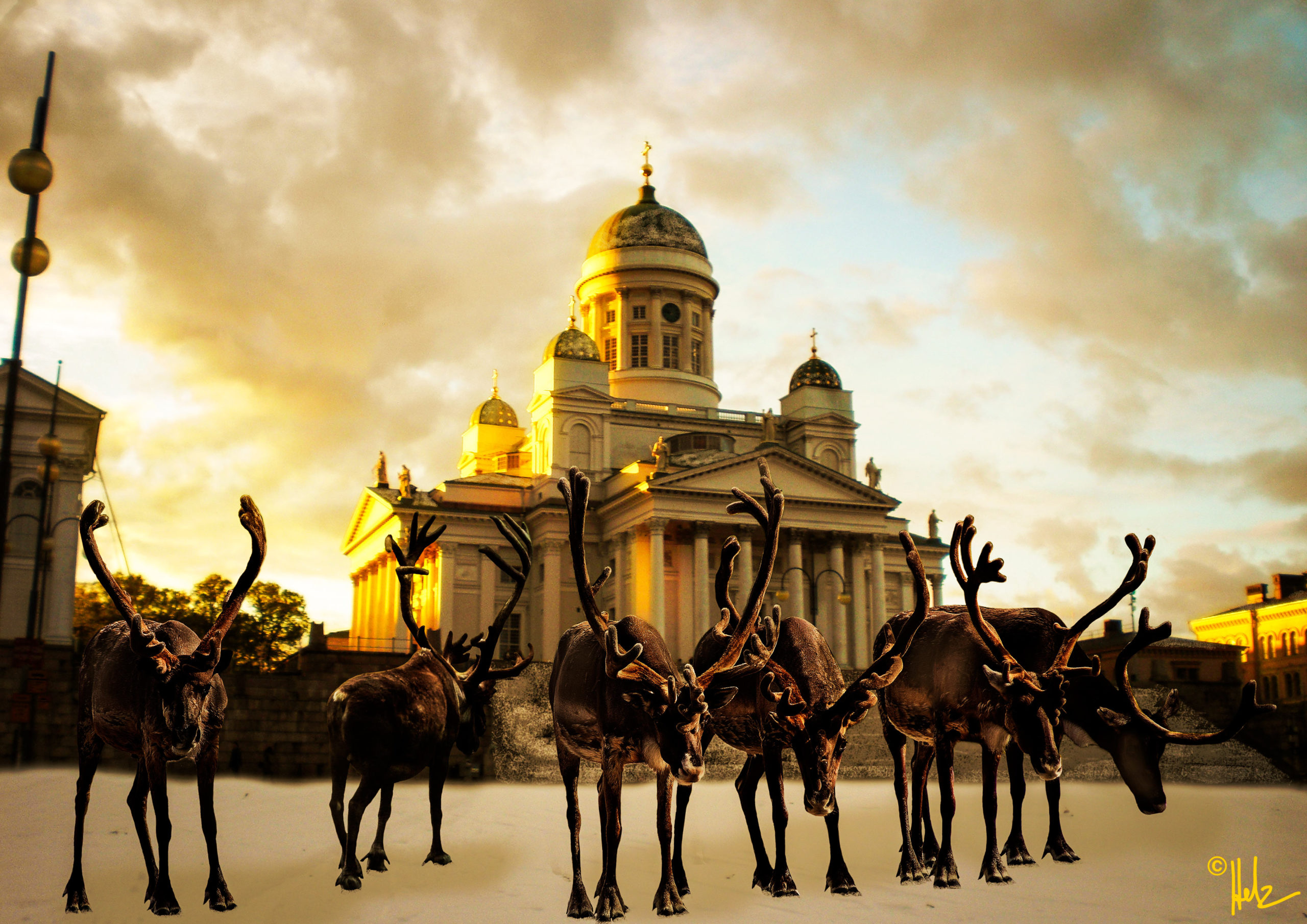 Big thank you to all the people who supported me, who inspired me, who accepted me.

@hapahaber for this challenge, the wonderful book and all the lovely people I met because of your music, your concerts in Finland and in Germany. this journey is not finished yet! and i love it. i even love the pain the Finnish language gives me everyday!
@sanskugram for being one of my best friends and kind of family and sister, love you  heaps.
@raksasaara for being the best language tandem a girl can have and also for being the wonderful friend you are. Love you.
@anksuni for the chats and friendships and concert trips.
@_nuutamo_ how lovely was the meeting at cafe ursula and how lovely are our chats on whatsapp, Looking forward to the next cup of tea.
@mepatintti my saunasister
@eva.barth7  who is strugging with Finnish as much as I am, and not to forget the legendary Sunrise Avenue concert in Berlin-Velodrom, where you were dressed with a Lenningrad  Cowboy shirt. Next time tea again in Helsinki.
@prinz_rupi.official for the tip greenscreen and imovie. It was easier than thought but due to portrait-rule kind of a challenge in between the challenge.
last but not least @einstein_unsterblich you know why girl! Thanks for so many tips concerning our art and passion. How is shadow, how is light. will it work?  I know, I can be a challenge myself, but at least, we are still friends and will be.

And to all those I haven’t mentioned here: I am looking forward to meet you for a coffee or tea, next time in the city of my heart, the love of my life: Helsinki

Sweater – pattern and wool by Drops-Design, knitted by me

Socks – Novita Joiku – knitted by me